Does anyone know when Macomber began using cast aluminum, rather than cast iron on their looms?

All the original parts are cast iron, maple, or stainless steel.

It came with 4 harnesses, and I have bought four more in the last 18 months. I also noticed the new harnesses are made from a lighter grade steel and the edges are not rounded or finished as nicely as the original ones.

Lastly, in September, I ordered a second beam for my loom for double weaving. It is sectional. It arrived last week, and I noticed the parts that came with it are cast aluminum and not cast iron. Of note, the end plate with the little post that holds the beam to the loom on one end was broken off in transit. I have attached a photo.

I love Macomber and still think it is one of the best looms built, but I am a bit disappointed with the change from iron to aluminum. On their website, they say they use the strongest materials available.

On the upside, when I reported the broken piece, they responded a replacement would be shipped immediately!

Anyone have any idea when they changed materials?

I asked Meredith, and she did not know. Thank you! 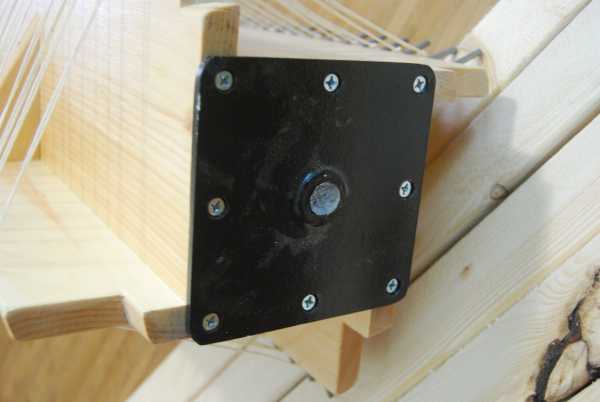 I have that same concern.

I bought a 24 inch Big Mac and discovered those light weight fittings and gears. I have used Macs for 35 years and this was a first. I contacted them and they said they had been using them without problems. I ordered the 24 inch in 2020. I am especially unhappy with the rachet system which does not seem to hold or advance as well as the old cast iron system. As a result I am on the look-out for used parts. I also have to say that the craftsmanship on some of the wood joints etc. was less than their normal quality. I also am a true-blue advocate for Macs but this was a disappointment.